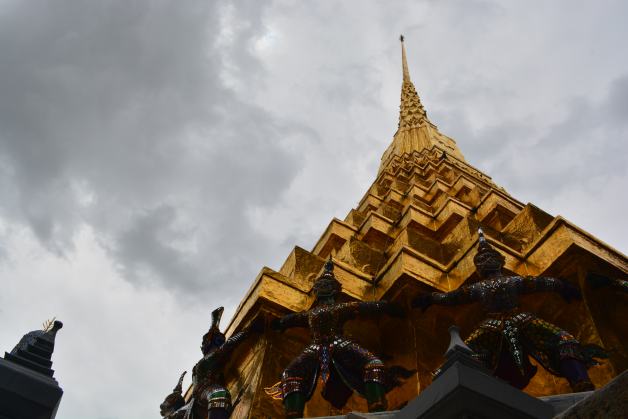 After a morning spent trying to find a coffee shop for breakfast and walking through a park with huge water monitors (the second largest lizard after the komodo dragon), I finally arrived at the imperial palace.

…gold! Alllll the gold. Thailand sure does love its gold.

Here are some more cool buildings! 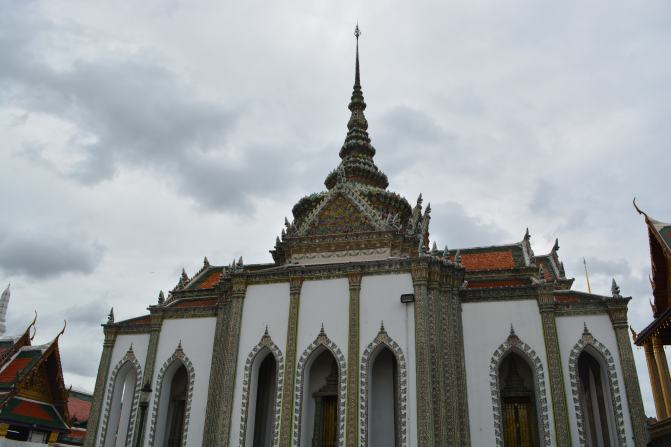 They also had a mini model of Angkor Wat (also on my list of places to visit). 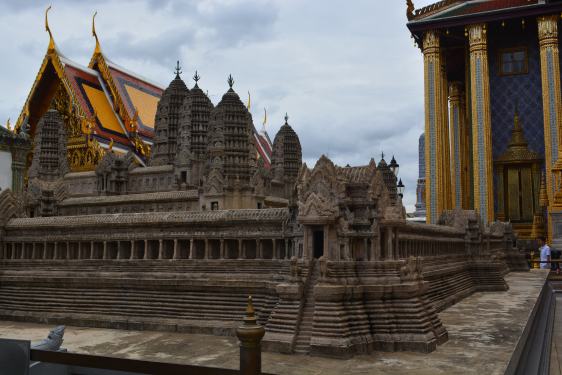 This building is a library! 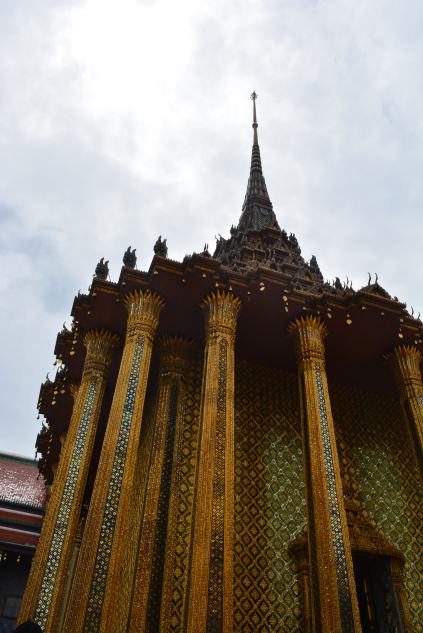 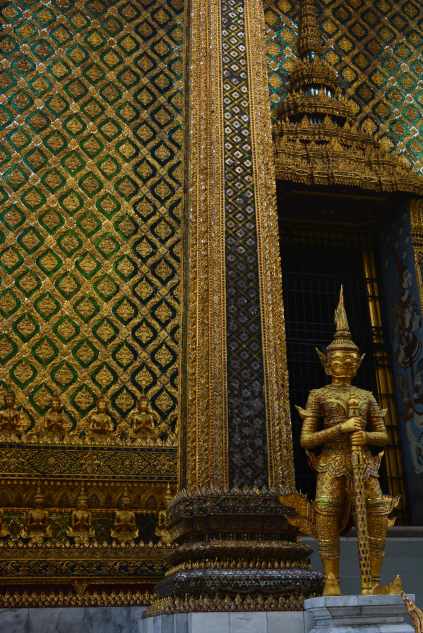 Look at the insane detail on the side.

This building housed the emerald Buddha. It was up high on top of an alter, and, according to the pamphlet, was dressed in his rainy season attire. He has three different sets of clothes depending on the season! 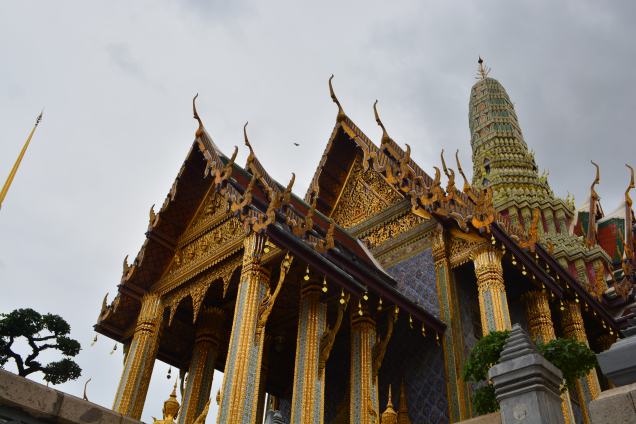 Overall, the palace was very impressive and interesting. My only complaint was the number of tourists. It was also absurdly hot, but that’s my fault for going in August haha.