The Pokémon donuts are back and better than ever at Mister Donut! This year, along with the famous Pikachu donuts from last year, are two new Pokémon donuts — one is a unique-to-Japan circular donut made to look like a Pokéball, and the other is a french curler sandwich with a Pikachu tail sticking out from the top. But that’s not all — they really went over the top this year. They also have three Pokémon tapioca drinks and a variety of Pokémon plates and cups! Try ’em all before they’re gone! 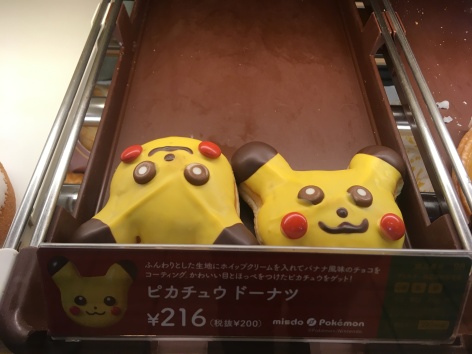 Not much has changed about this donut from last year, but I will say that all of them looked perfect and very cute. No mess-ups this time around! 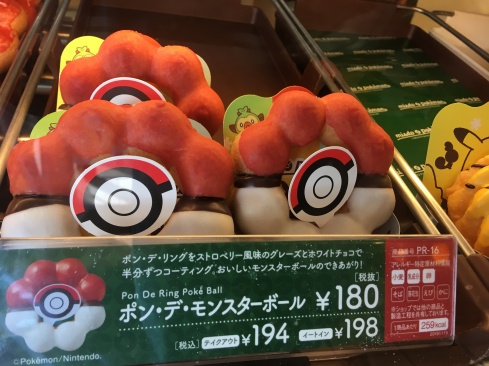 If you’re not familiar with this type of donut, they are super popular here in Japan. They’re called Pon de Ring donuts and come in a variety of different flavors — glazed, matcha, and chocolate for example. The consistency of this donut is light and soft, but also chewy. It’s very interesting, and I recommend it! This particular Pon de Ring is covered in red and white icing to look like a pokéball.

This donut is pretty simple — two small, french curlers are sandwiched together with cream in the middle. The top donut is covered in yellow, banana-flavored icing with some brown icing stripes and then a paper Pikachu tail is put in the middle. Small, simple, tasty!

I wasn’t completely aware of the different kinds of sets, so I ended up getting a takeout set, even though I wanted to eat there haha. The takeout set came with the Pikachu tail donut and all three of the Christmas Pon de Ring donuts — strawberry, chocolate, and strawberry chocolate. The box they came in was really cute! 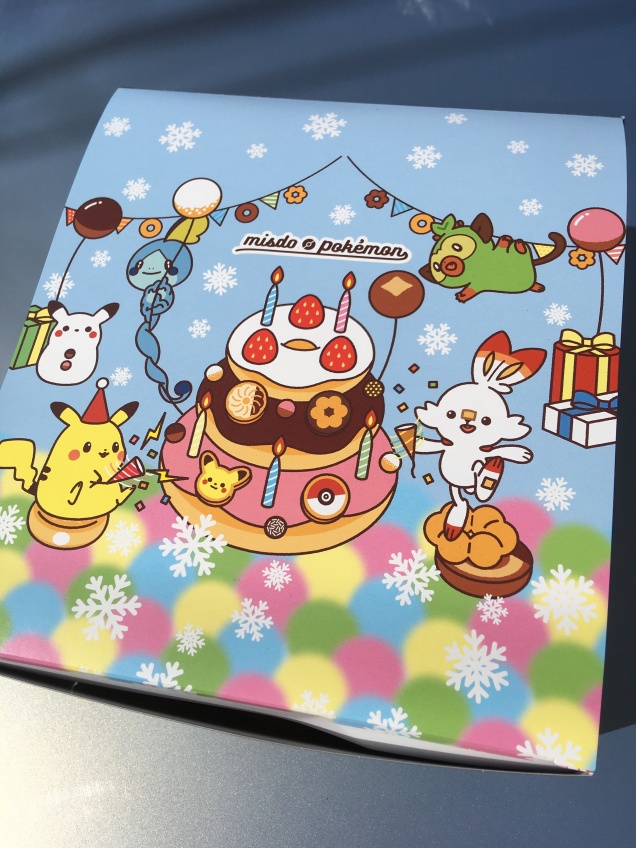 I also got a cup because I got one of the sets. Isn’t it cute?? 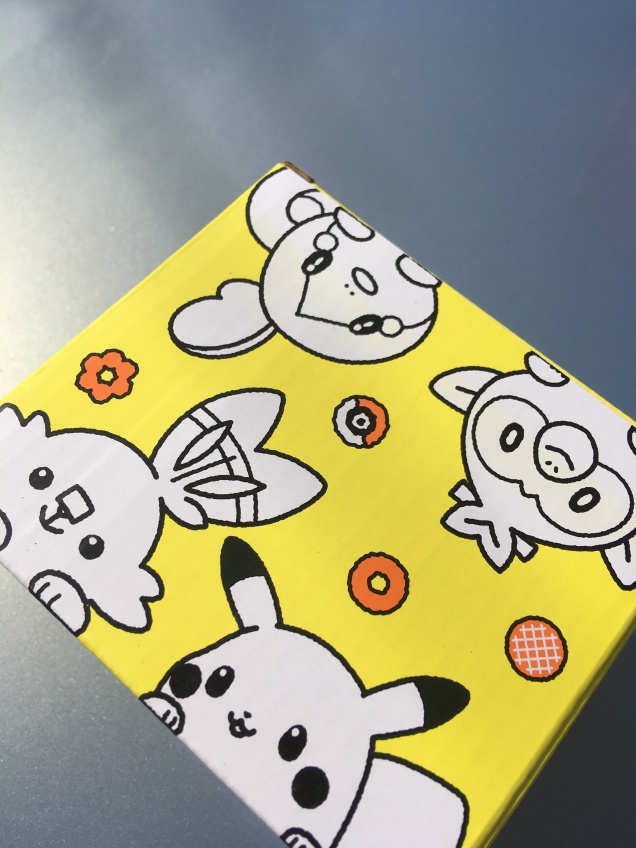 Which Pokémon donut would you like to try? Let me know in the comments below!