Pokémon and Holiday Donuts in Japan

I went to Mister Donut (Japan’s chain donut store), and they had Pikachu and Pokéball donuts to celebrate the new Pokemon games that were released in mid-November! They also had, among their new holiday donuts, one that particularly stood out to me… You’ll find out what it is at the end!

First up: the Pikachu donut 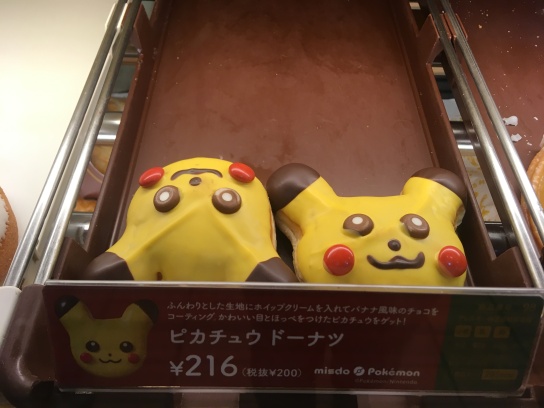 The yellow frosting was faintly banana flavored, and there was whipped cream inside. A couple days after I had one, I saw online that they had pulled them from the stores! Apparently, many stores were not decorating the donuts the correct way, leading to people getting very deformed, definitely-not-cute Pikachu donuts (just look up deformed Pikachu donuts on Google). They were re-released a few days later; wonder if anything really changed!

Next: the Pokéball donut 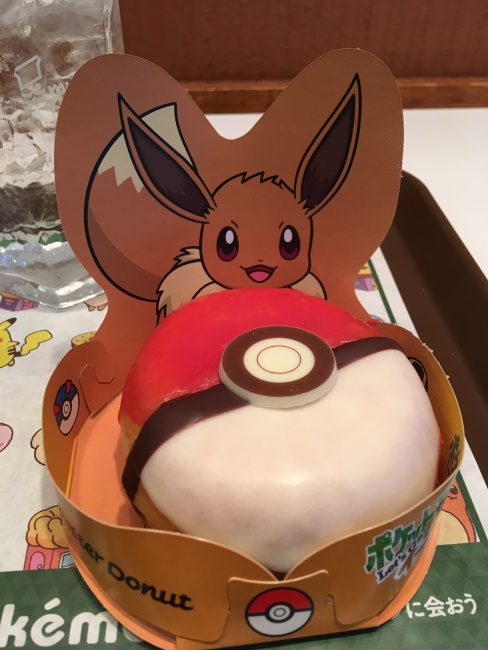 I feel like these are a little harder to mess up, which is probably why they weren’t pulled from the shelves as well. It came in a cute Eevee container and had strawberry icing on top! It was good, but the strawberry taste was a little too fake for me.

Last but certainly not least….

a holiday donut that stands above ALL others…

Yes, you read that right. A YELLOW. SNOW. DONUT. The icing flavor is banana and tastes pretty much like the banana Laffy Taffy flavor. Definitely not a fan, but I saw the name and had to try it! Mister Donut also has two other donuts shaped like this called chocolate snow (chocolate icing) and red snow (strawberry icing), as well as two very cute snowman donuts!

Which of these donuts would you like to try? Let me know in the comments!