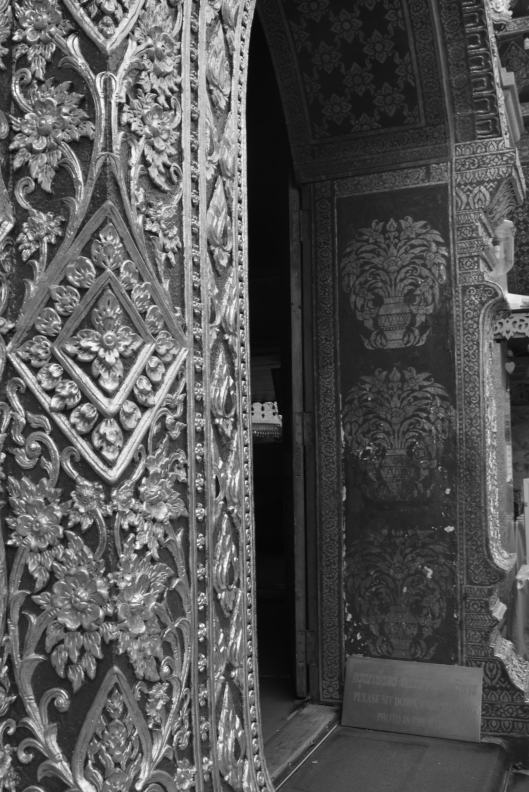 This wat, on the top of a mountain outside the old city, is one of the holiest temples in northern Thailand. Many people believe that a trip to Chiang Mai isn’t complete without a visit here, so of course I had to go!

I took a red truck (songthaew in Thai) up to the temple for 300 Baht (around $9). It was fun to see the city disappear and drive up the windy mountain roads, even if the truck was a little smelly. At the top, there was a long line of them waiting to bring people back down. 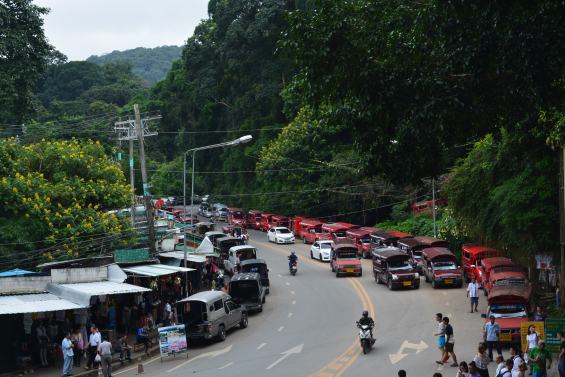 After climbing some stairs, I came to a long, snake staircase. There were girls standing and sitting on the stairs, dressed in traditional clothing from a Thai village in the mountains. They looked very pretty, but tourist beware: if they caught people taking pictures of them without asking, they would run up to them and start screaming for money. 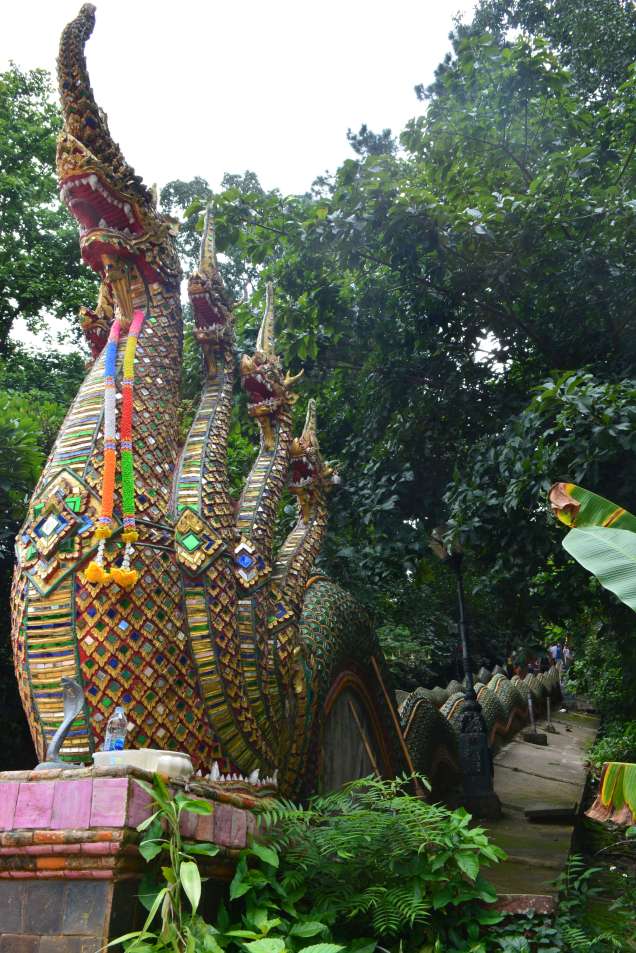 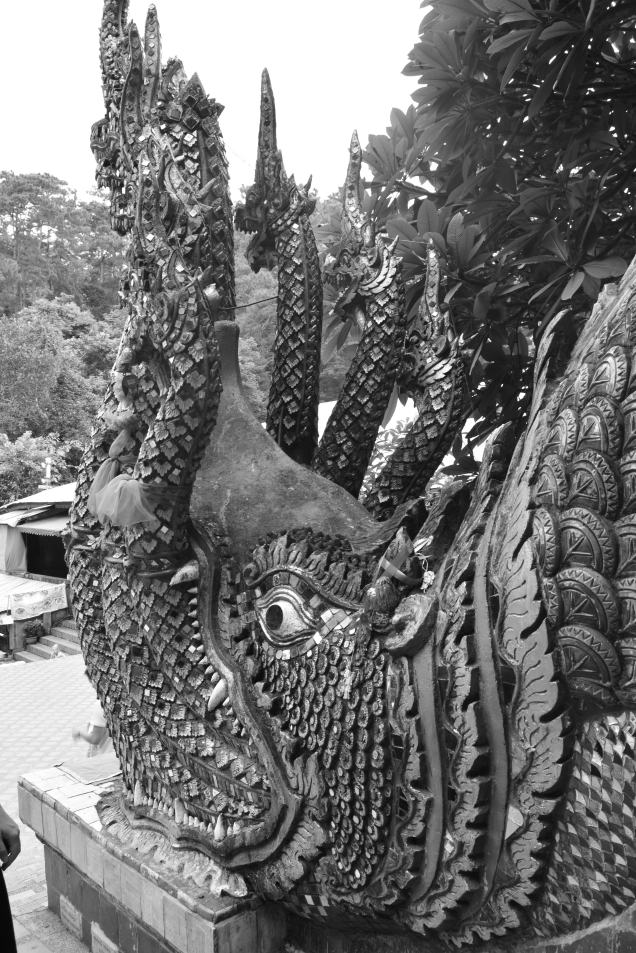 After I went in, I saw a large Jackfruit (or Breadfruit) tree inside the temple next to a statue of a white elephant. Legend says that a piece of the Buddha’s shoulder bone was placed on the back of one such elephant, who then climbed the mountain and collapsed at the top. They built a temple on that spot, believing it was holy. 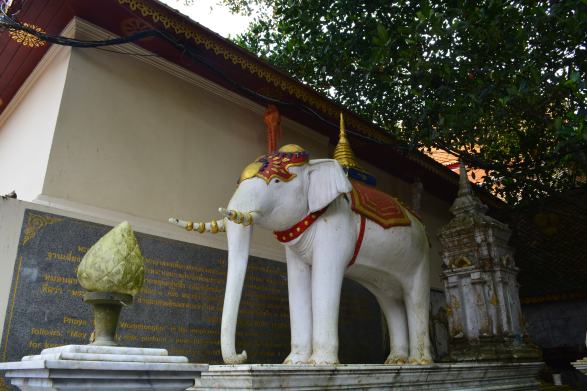 Further in was a golden stupa… 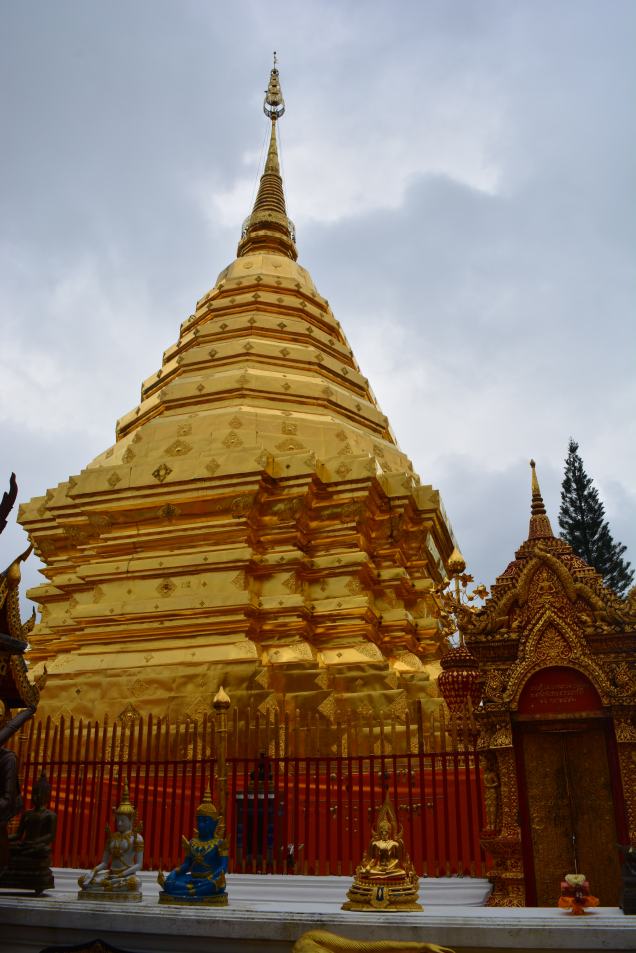 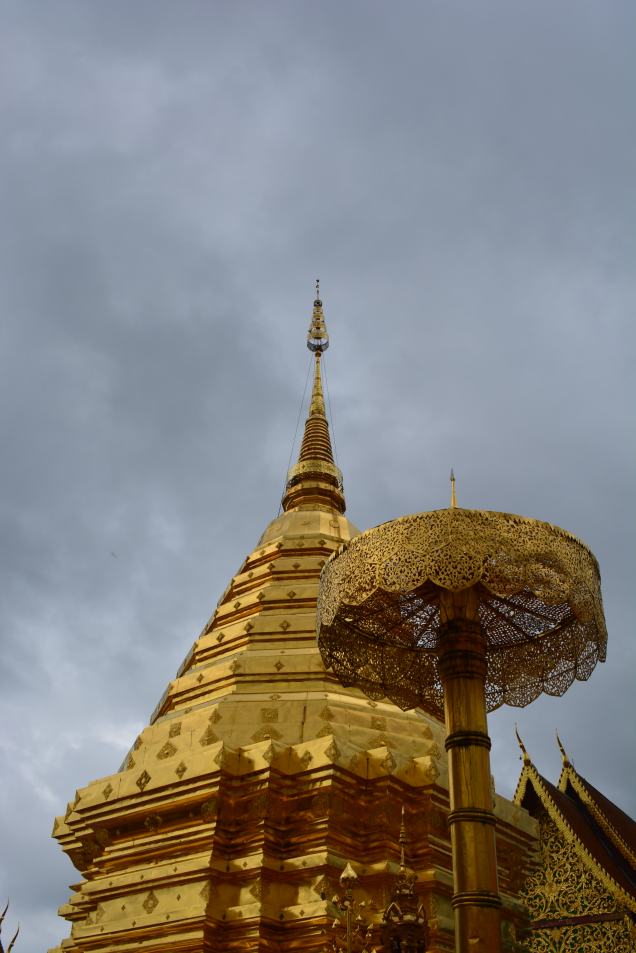 ..and a replica of the emerald Buddha! 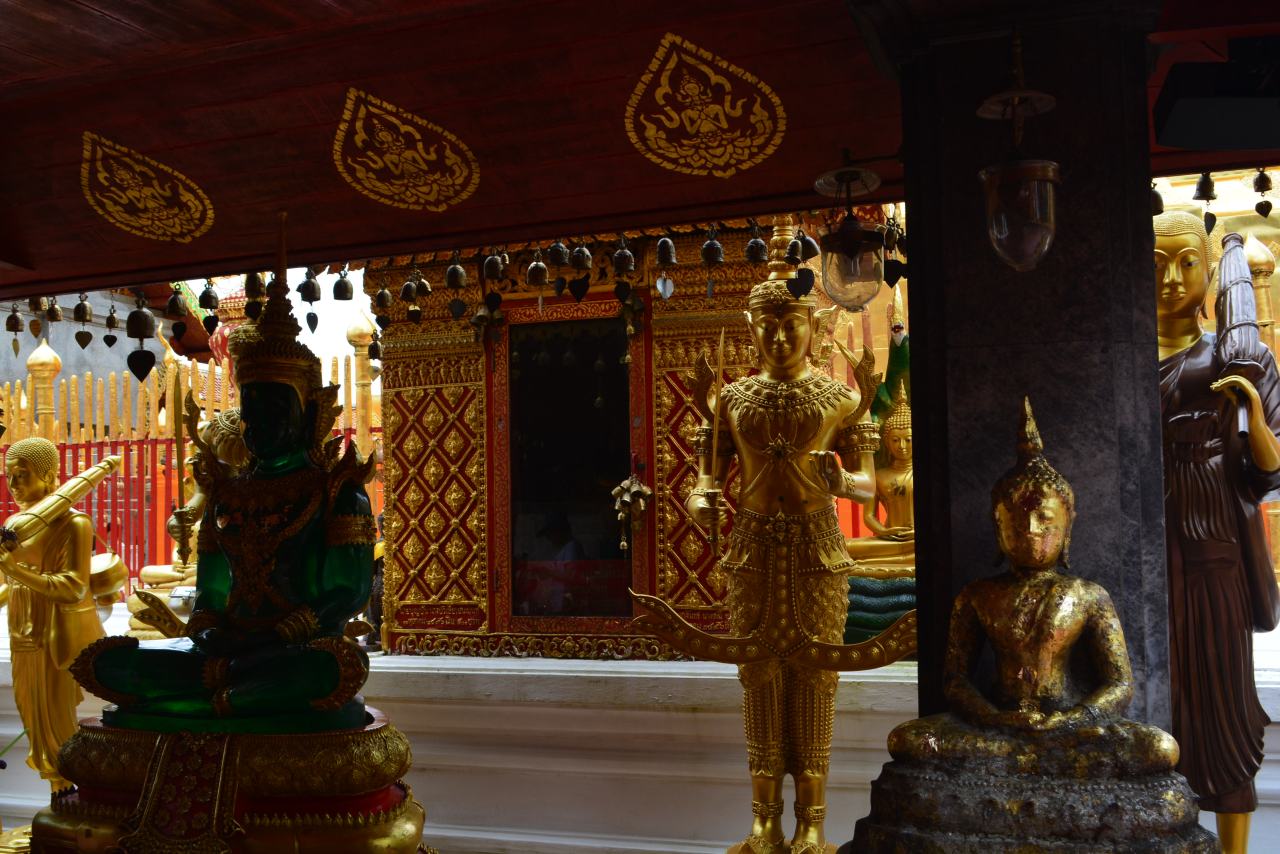 Around the side were intricately carved, wooden pillars. 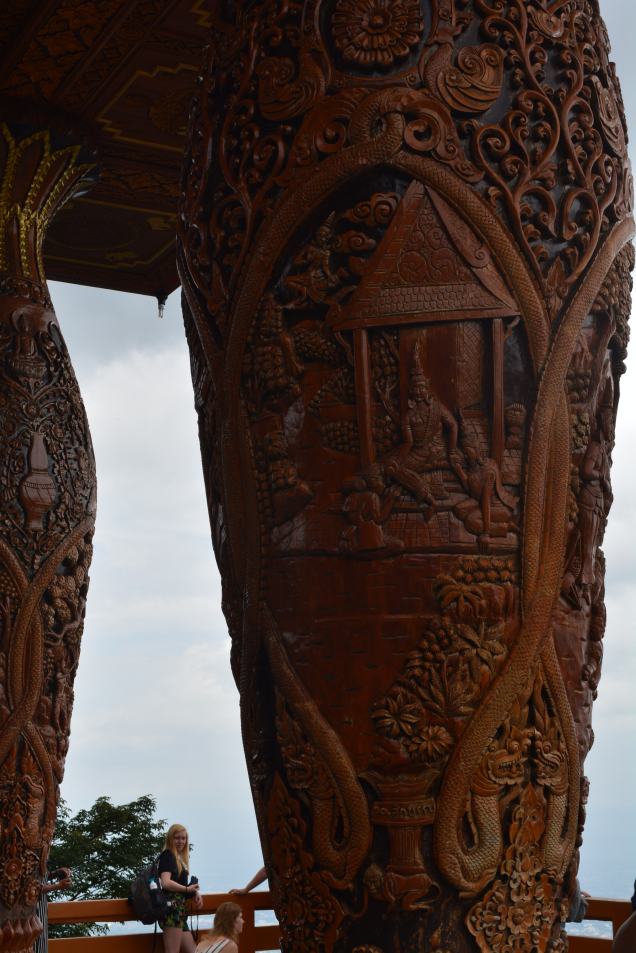 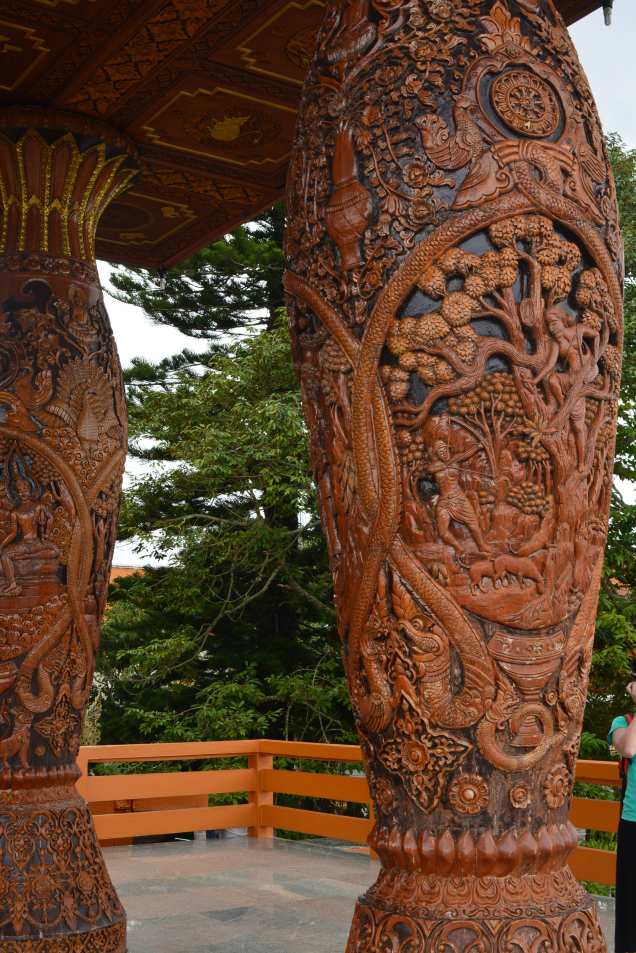 There was also an overlook that showed great views of the city below! 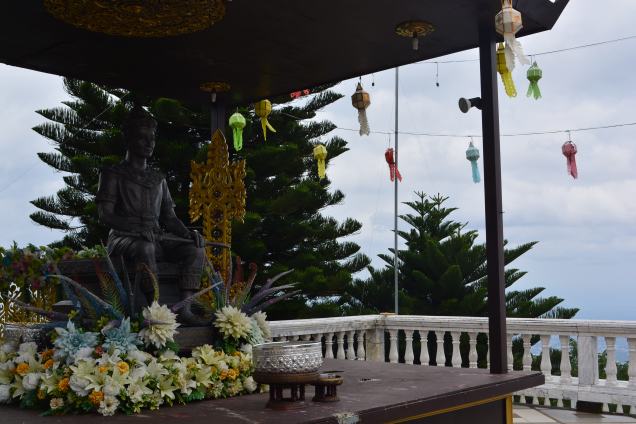 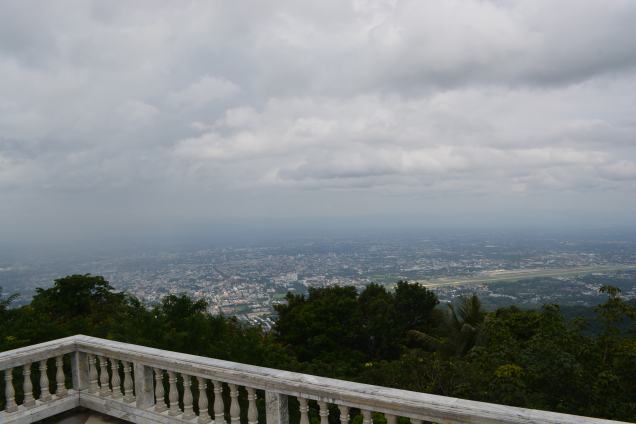 All that being said, it was pretty crowded and was a little less impressive than I thought it’d be. I preferred Wat Chedi Luang over this one, but it was nice to get out of the city for a bit. 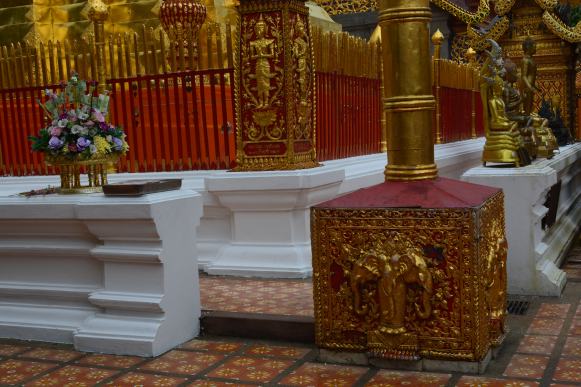