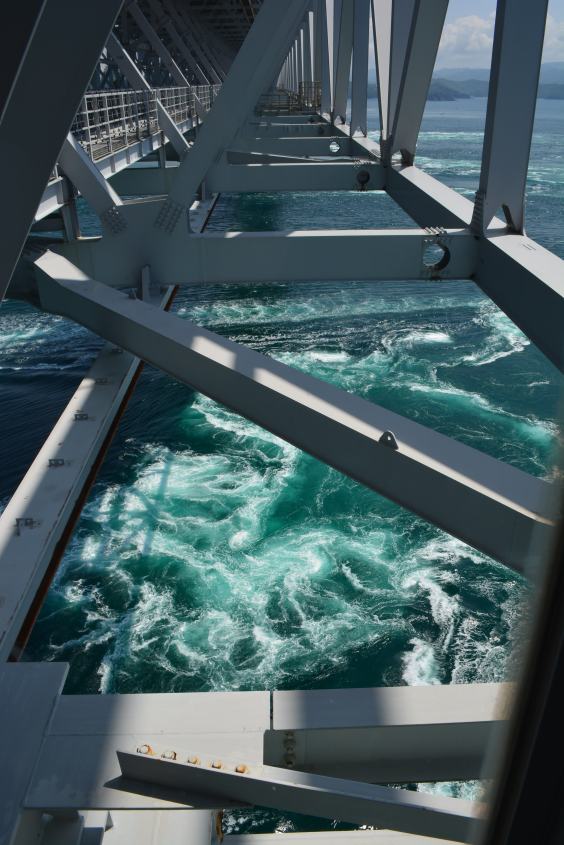 We told ourselves that we would hit the whirlpools if we had time on the way back; we ended up making time to see them!

The whirlpools are visible at high and low tide, and are made by the flow of the changing water through the bay. Supposedly it’s possible to see whirlpools 30 meters across (sometimes)!

It took us seemingly forever to park. We hadn’t left early enough, and the roads were already packed with people going to the area. We followed traffic and ended up in a parking lot with a shuttle bus going to the nearby art museum. Some of us threw around the idea of seeing it too, but one look at the admission price (￥3240) and they were perfectly fine not going (also GW = hordes of tourists). 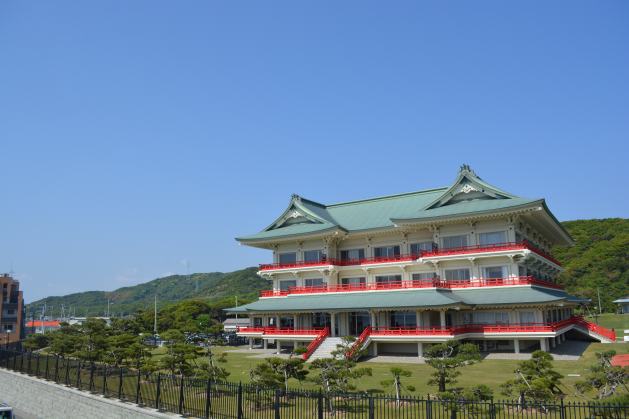 We walked up a steep path just past the museum entrance. It offered great views of the bay! 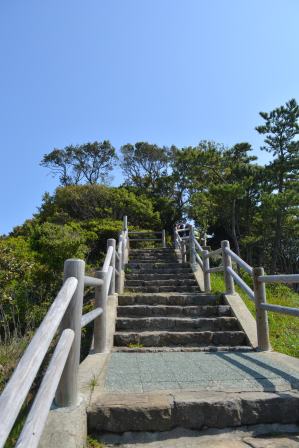 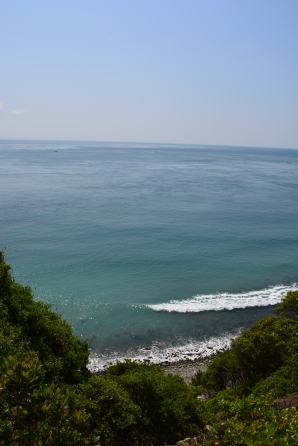 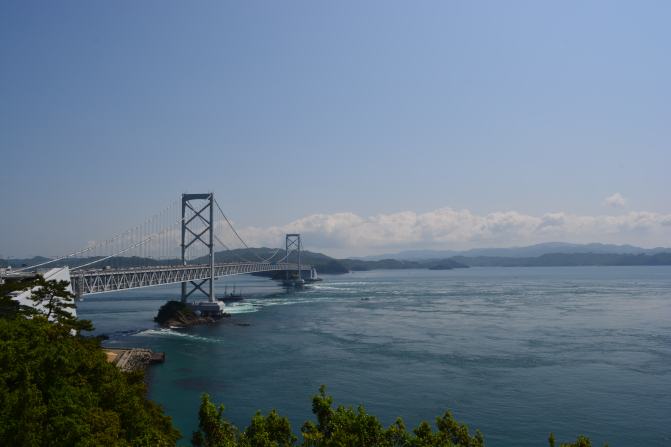 Eventually, we made it to the bridge. It was PACKED. Some of us got postcards when we bought our admission tickets.

The bridge was actually really cool. It runs along the bottom of the highway and many parts of the walls were wire mesh at the top, so you could still hear the sound of the rushing water below and the roar of the cars above. 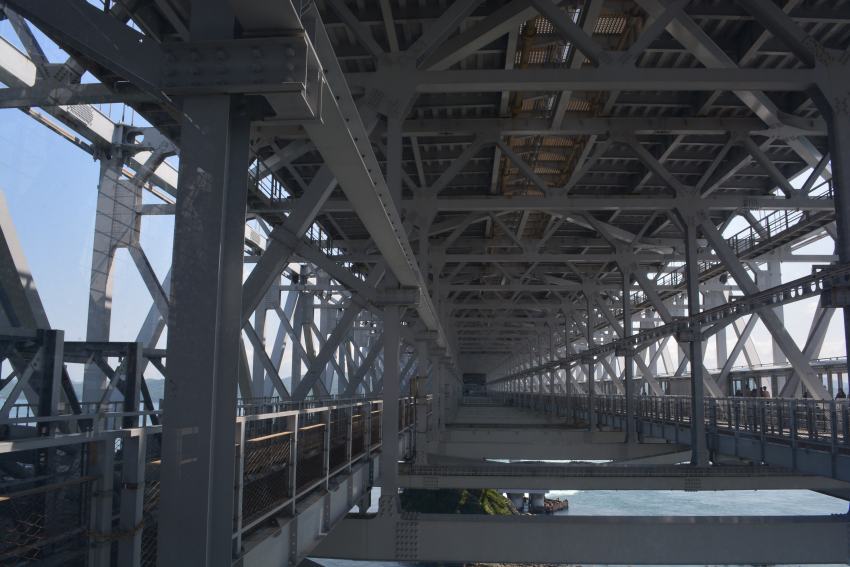 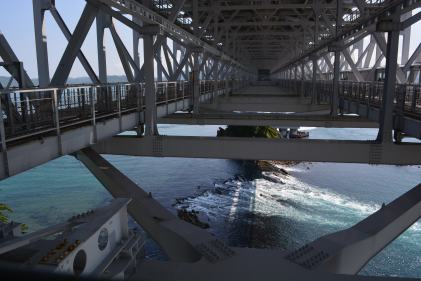 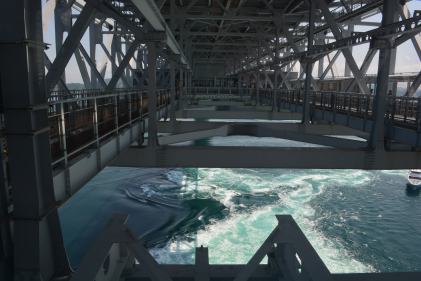 At various points along the bridge there are glass sections in the floor so you can look straight down from above. 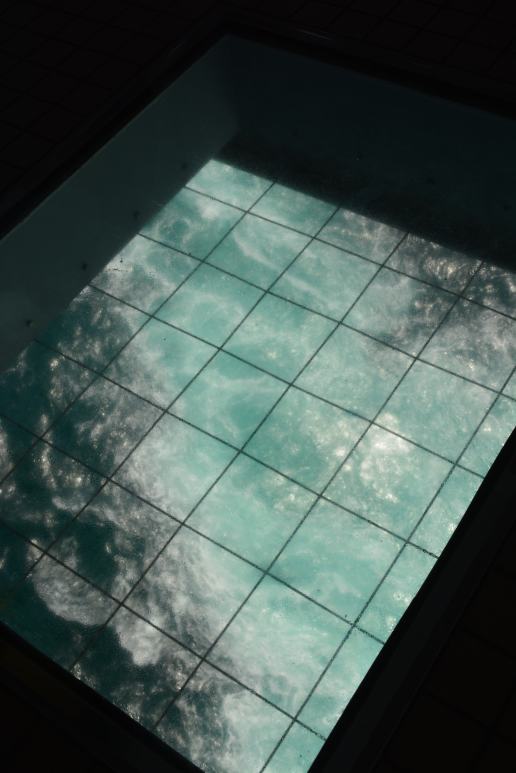 There were also large windows at various points, offering a wide view of the bay. 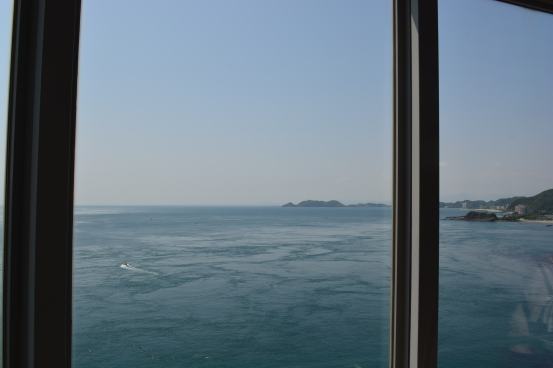 At the very end of the bridge is where the whirlpools happen. We came at low tide and didn’t see much, at least not any big, defined whirlpools. We saw little swirls of water, but that was it. 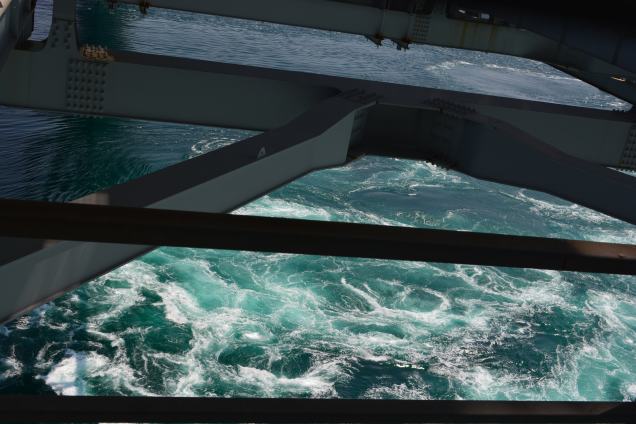 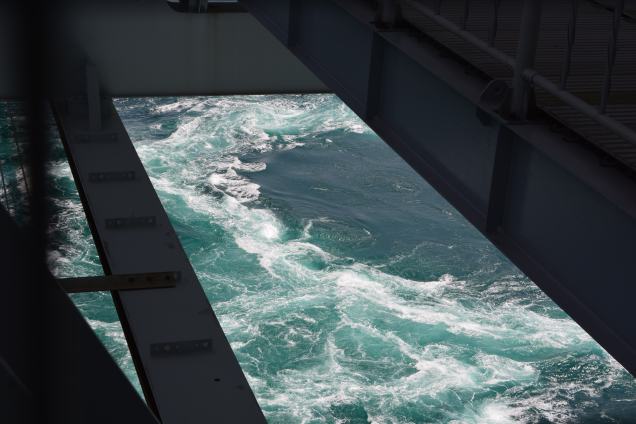 Was pretty disappointed that I didn’t see a proper whirlpool, but I’d still recommend going under the bridge. It offers great views, and it is certainly much cheaper than taking a boat tour, where you’ll pay a whole lot more money and still might not see anything. 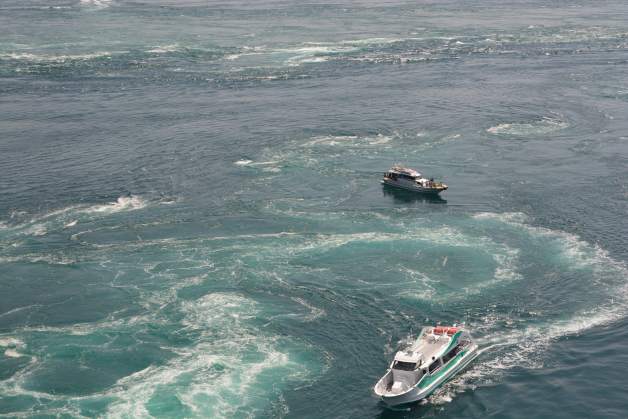