The WWII Bunker in Nagano

As WWII dragged on, the Japanese military believed that they could face a full-scale land invasion in the future. To combat this perceived eventuality, they ordered the construction of secret bunkers across the middle of the country to house the imperial family, sacred treasures, and important war-time headquarters, had they been completed before the war ended. Of those bunkers, only one is open to the public. It consists of 5,853 meters worth of tunnels extending into the mountain, with 500 meters of that available to walk along.

When you reach the entrance, there’s a small reception desk to the right. They’ll give you a pamphlet in Japanese, probably ask where you’re from, and tell you to wear a helmet in the tunnels. Grab a helmet and read the English sign near the front of the cave — it tells you a bit about the history of its construction, like how it was built using forced labor, mostly provided by Koreans, hundreds died building it in terrible conditions, and all the documents pertaining to the bunker were destroyed at the end of the war so not only do we not know what the final plans were for this area, we also don’t know the identities of the majority of the workers who suffered for the Japanese army’s ambitions.

Keeping this in mind, be careful as you enter the bunker. The entrance is a downward slope, and the roof is a bit low. The pamphlet says that they’ve kept the tunnel as close to how it was when the war ended as possible. They’ve added more supports to avoid cave-ins, put up fencing to keep people from wandering too far into the maze of paths, added lights and emergency phones, but the walls and even parts of the floor look raw and untouched, lacking that smooth, polished look that some tourist caves have. In a rare move for Japan, it seems they want you to fully realize what this is — a huge mess of caves built at a bone-crushing pace using forced labor. 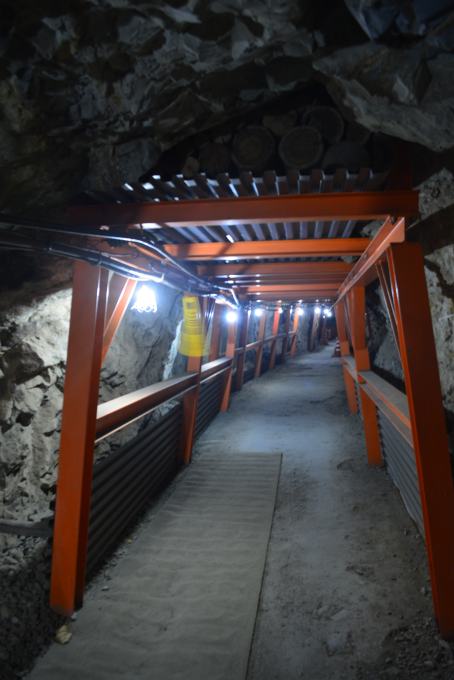 There are signs near some of the off-shoots (all in Japanese) that point out certain things to visitors. The tunnels are almost silent; only the quiet dripping of water along the path and the sound of bats roosting at the end of the tunnel can be heard. I must admit, it’s a bit creepy, especially as Hunter and I were the only ones exploring at the time. We both felt a little paranoid and kept checking around us for other people. 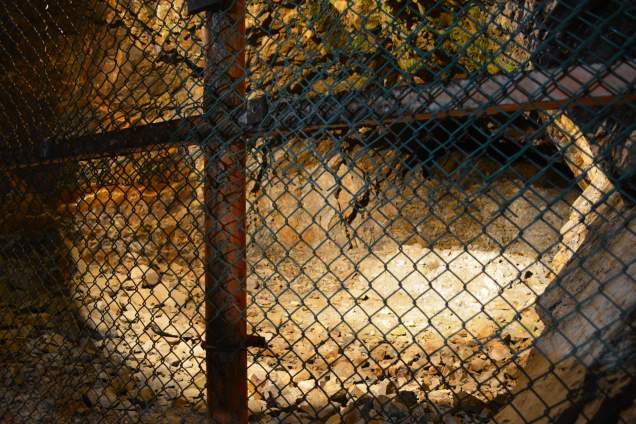 Once you exit, return your helmet and head over to the small museum next to the information center if you want. It has small artifacts from the cave and more information (in Japanese). 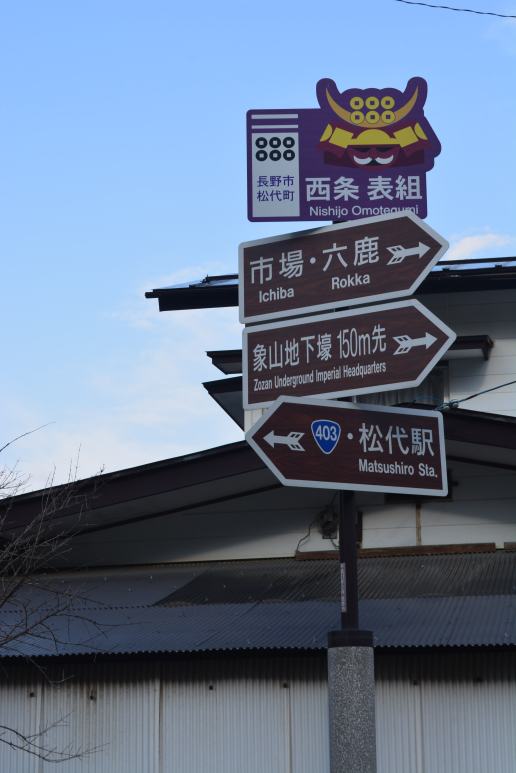 Access: Car is the easiest way to reach the bunker. Park at a small parking lot (￥500 for two hours, pay at a pay box) and walk 7-8 minutes. If you don’t have a car, you can take a bus from Nagano Station to Matsushiro Station (30 minutes) and walk from there (20 minutes).

Things to bring: Sturdy walking shoes (lots of loose rock on the walking path), a jacket, and an appropriate attitude.