I heard about Onioshidashi Park (鬼押出し園) by word of mouth and finally got to go last weekend. The weather was cloudy, and the threat of rain meant that not a lot of people were there. 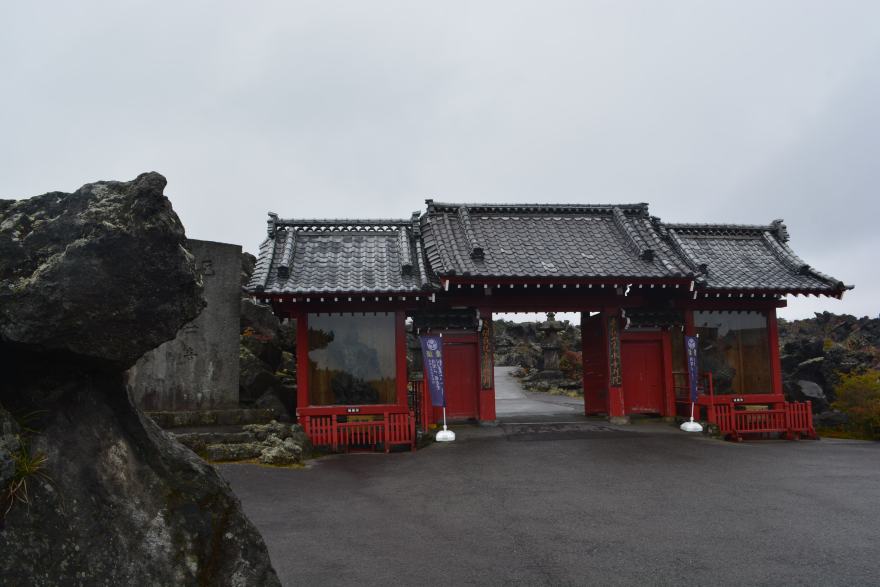 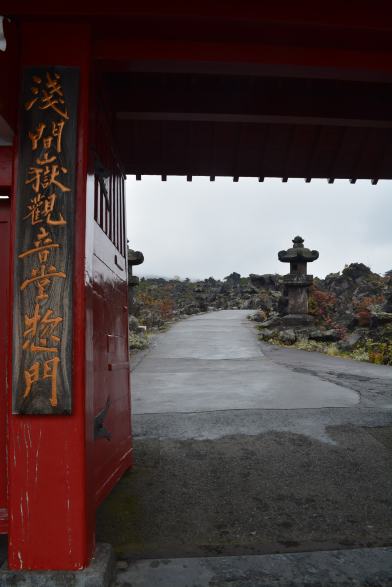 So just what is this park? Located 1,322 m above sea level at the base of Mt. Asama, a very active volcano on the Nagano-Gunma border, the park is made up of rocks from the lava flow of a huge eruption in the late 1700’s. According to the pamphlet I got there, the flow was 7 km wide and 8 km long! 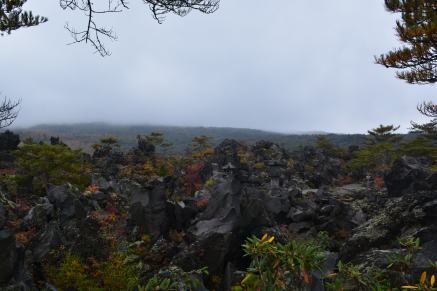 It was amazing, walking through all the giant rocks. Some of them even looked like animals!

In the middle of the park is a temple, built as a memorial to those who died in the eruption. 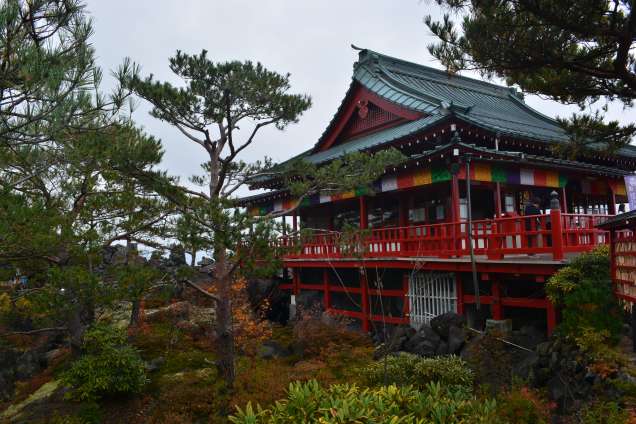 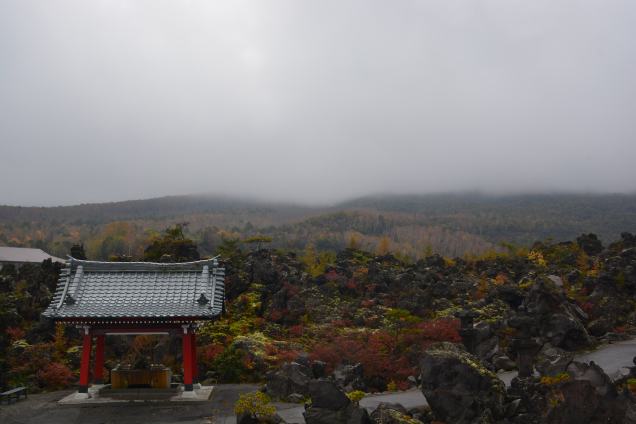 There were many trails you could take, some lined with seasonal flowers.

There were also deep holes among the rocks with glow-in-the-dark moss inside! I looked in, but I couldn’t see any. Definitely want to go again, maybe on a clearer day! 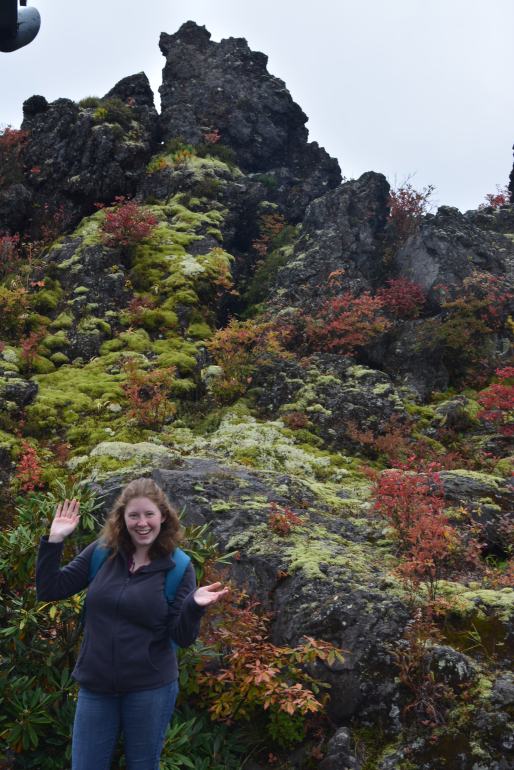