After driving past field after field of cherries, Hunter and I finally parked and made our way to 立石寺 (Risshaku-ji), more commonly known as 山寺 (Yamadera). That 山寺 literally translates to “mountain temple” should give you some idea of what getting to this temple involved — stairs. Lots of stairs. 1,015 to be exact, and that doesn’t include these stairs which take you to the base! 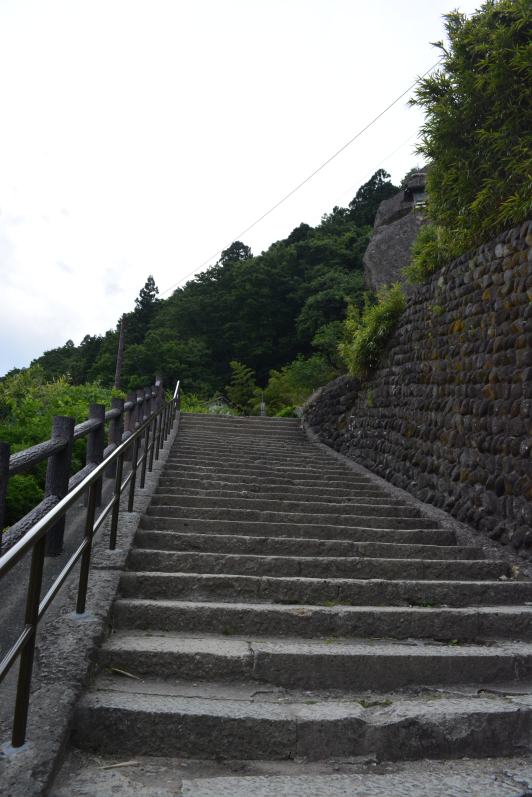 I didn’t get too many pictures of the base area; we got there right before last-entry, so I was a bit in a hurry to get up to the top. Here’s the entrance to the stairs and where you pay the entrance fee. 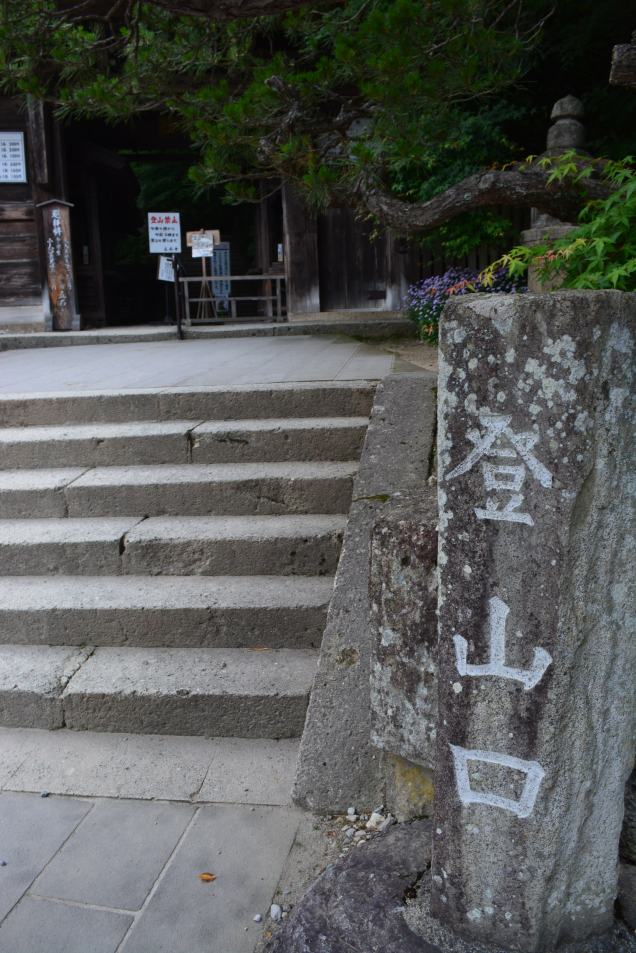 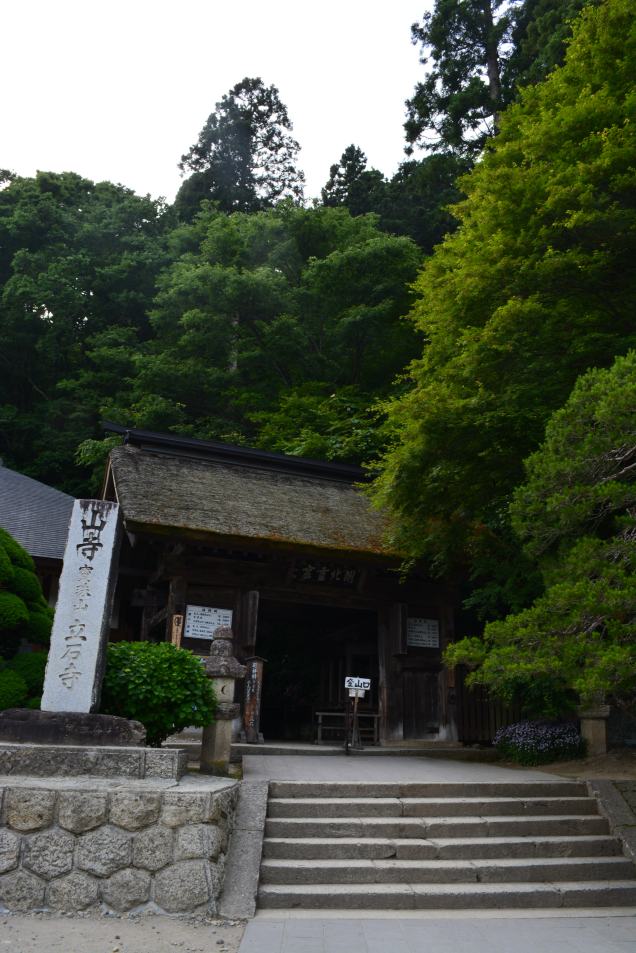 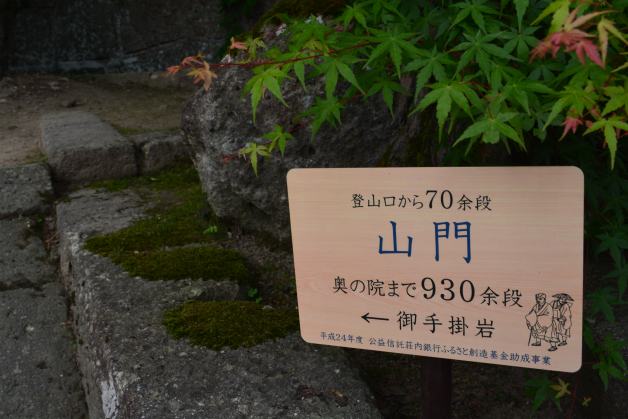 MAN was I huffing and puffing on those stairs; need to do more cardio! I used my camera as an excuse to stop and catch my breath. 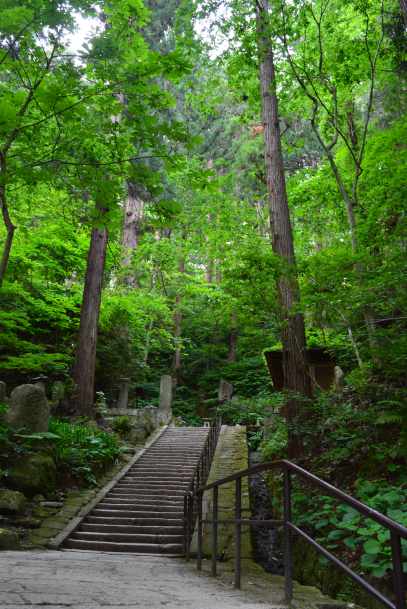 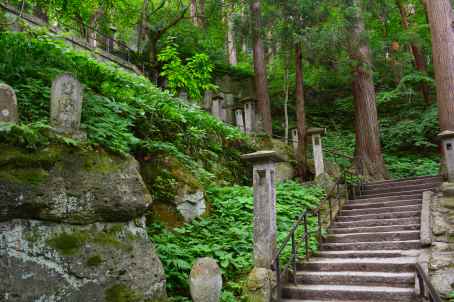 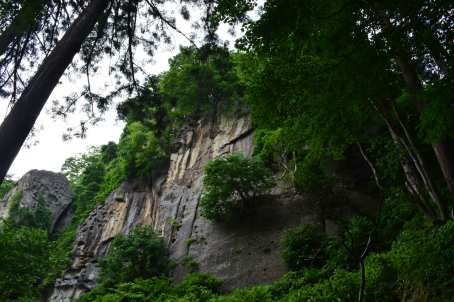 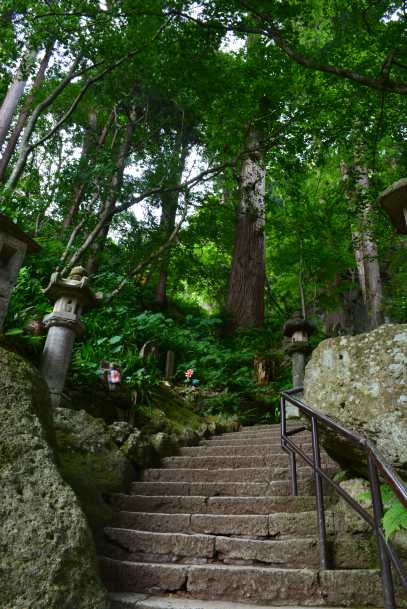 Made it to the Niomon Gate! Almost there! 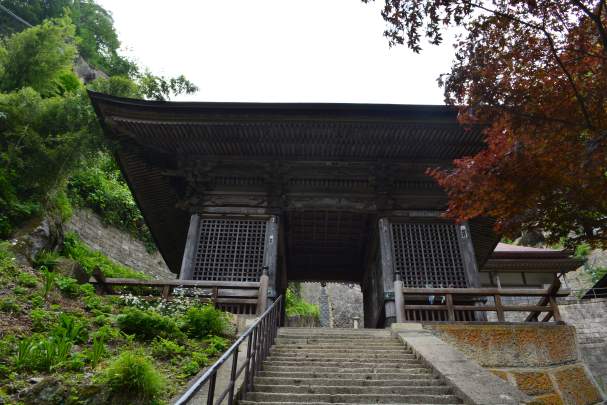 Made it! From the top of the stairs, we headed left, passing the sutra repository (small building perched on the rock on the left) and the Kaisando Hall (Founder’s Hall). 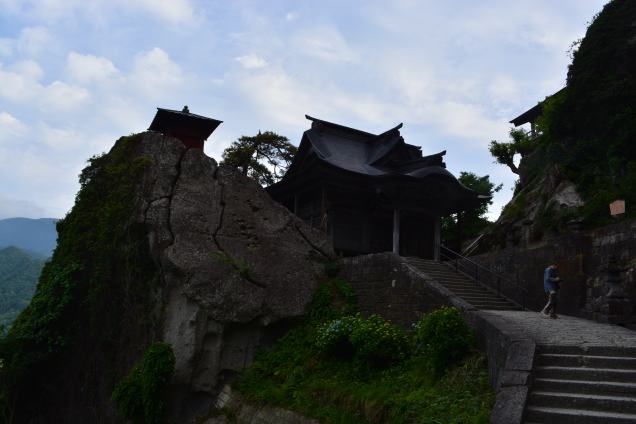 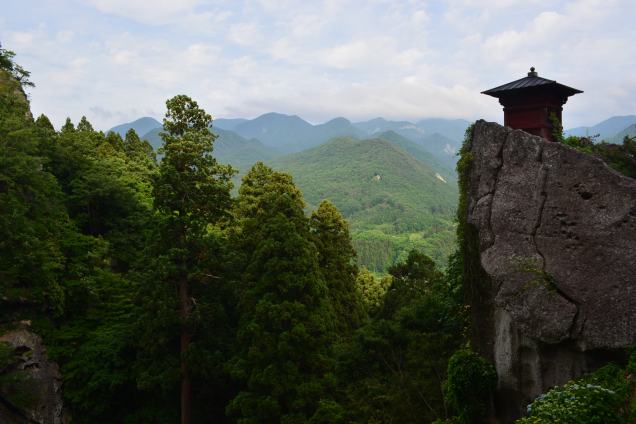 Our destination was the Godaido Hall. A rock underneath it was covered with coins that people had pushed into all the nooks and crannies. A little unfortunately, it was very windy the day we went, and every once in a while you’d hear a small tinkling sound as the not-so-stable coins fell onto the path. 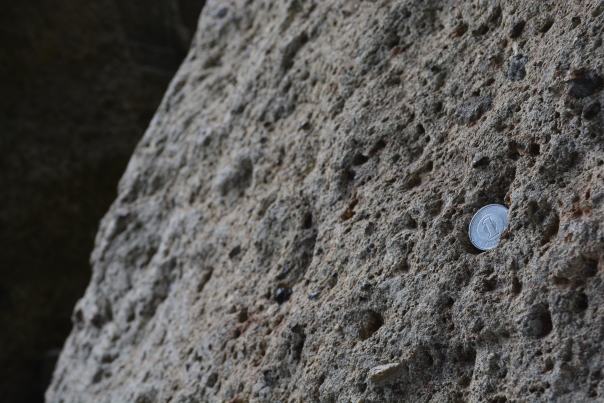 The view was amazing! 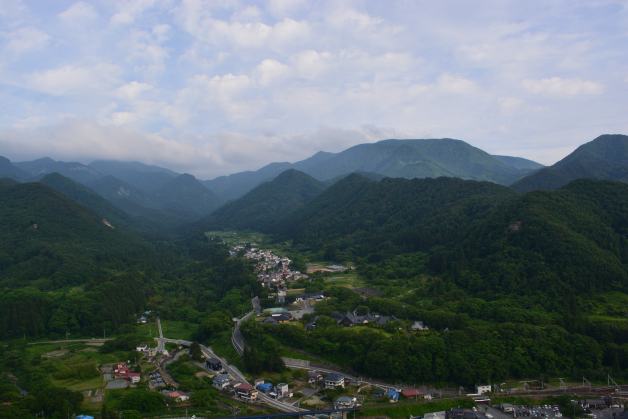 We also had a better view of the small buildings dotting the mountain. You can’t get to them, but it was fun to try and find them all! 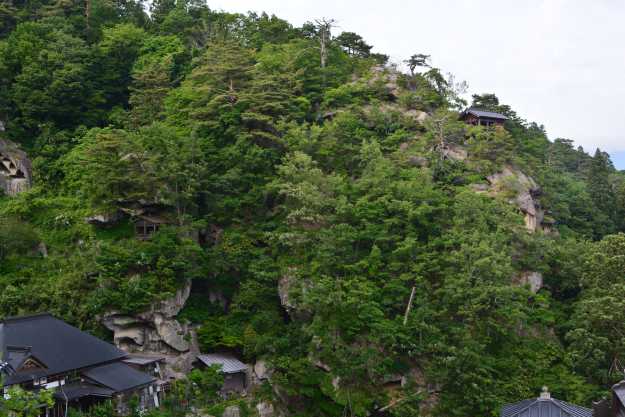 Next, we continued up. We made it up to the large temple at the top of the complex, but it had already been closed so I was unable to get a stamp for it. 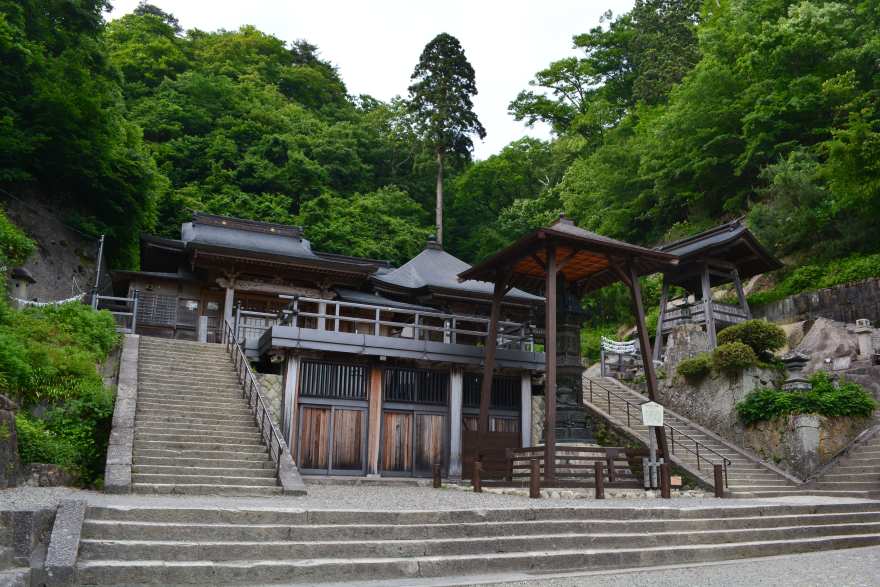 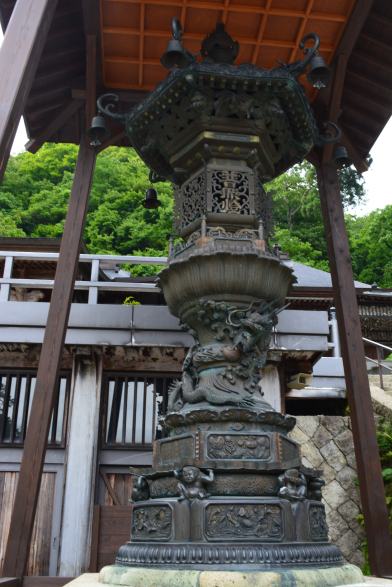 However, on our way down, we paused by a couple of smaller temples and got stamps from them. For the second one, we passed an older man farming to reach it. When I went up to the temple and yelled 「すみません！」 (“Excuse me!”), he suddenly appeared behind me and said, 「あいよ。」 (“Yes, yes.”). He continued on into the temple, put two stamps in my book, and chatted with me about where we had visited and my “great” Japanese. He was very friendly! 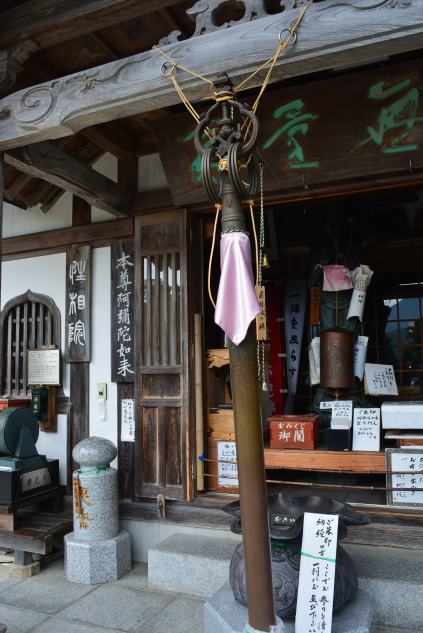 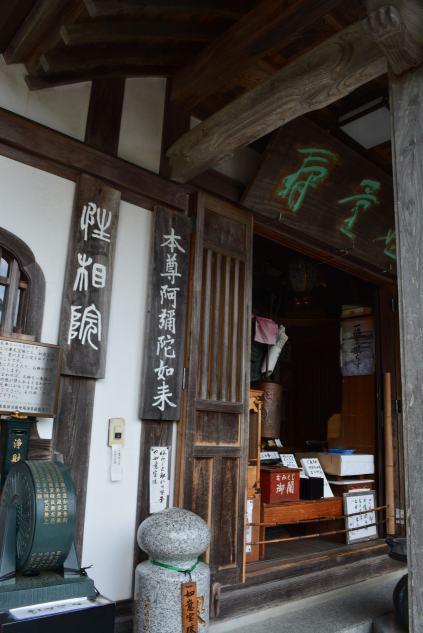 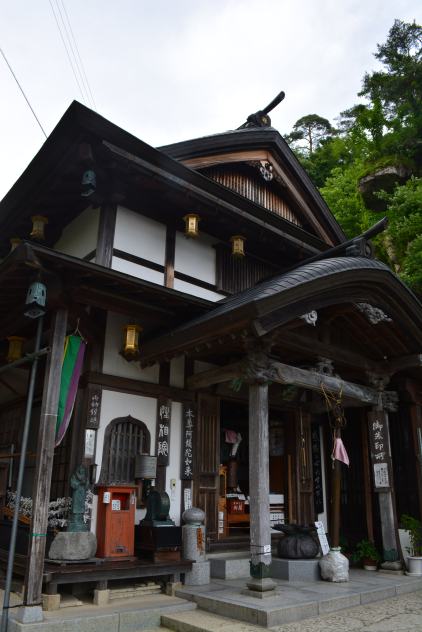 All in all, I’d love to come here again someday. Judging by pictures, the temple is gorgeous in fall, but I’m sure it’d be packed then haha. 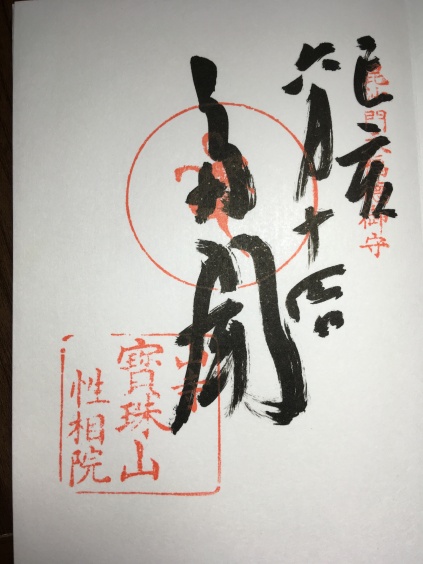 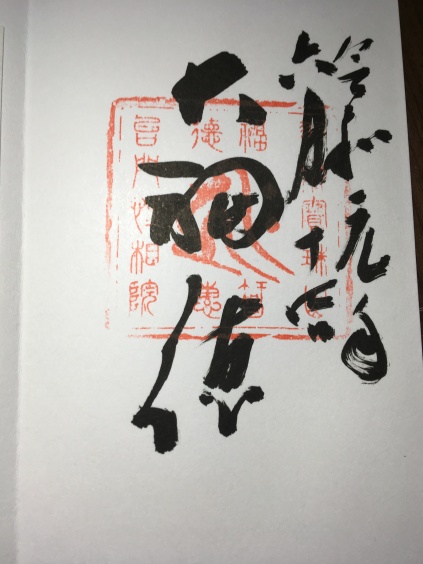 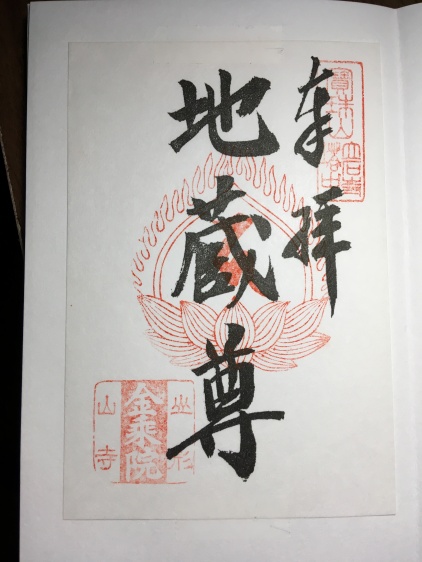