Goshuin number 36 is from 林泉寺 (Rinsen Temple), a quiet and beautiful temple very close to the Kasugayama Shrine and castle ruins in Joetsu, Niigata. Next, a short history lesson to understand the uniqueness of this temple! 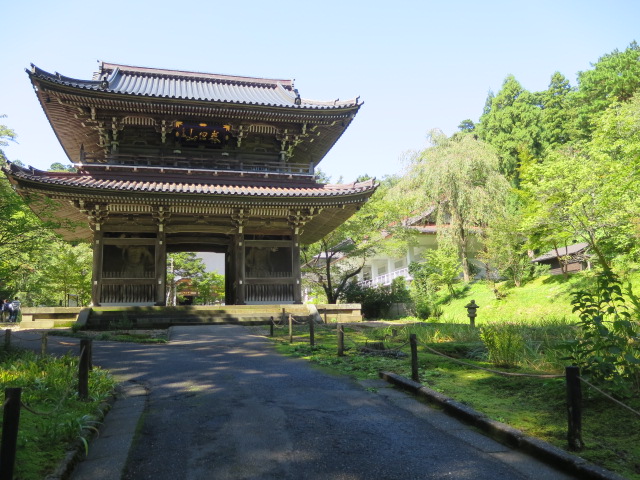 The part of Japan’s history from the mid 1400s to the early 1600s is called the “Warring States Period.” During this time, areas of Japan were controlled by daimyo, or feudal lords, who were constantly fighting each other. Not only that, but the imperial family was given figure-head status, and the country was ruled by a shogun, essentially a military dictator. Most of Japan’s famous castles, and many of its famous historical figures, including Oda Nobunaga, Tokugawa Ieyasu, and Toyotomi Hideyoshi, are from this period.

The daimyo for the Niigata area way back in the day was a guy named Uesugi Kenshin. Not only was he a great military commander (he had a strong belief in Bishamonten, the Buddhist god of war), he was also a great ruler and helped everyone in his province to live better lives.

This temple is where Uesugi Kenshin spent a few years as a child, and it is also where he is buried. You can visit his grave, and there is a small treasure house on the grounds with displays of samurai armor, hanging scrolls, and information about the temple’s history (all in Japanese). This building is also where you can buy charms and get your goshuin! 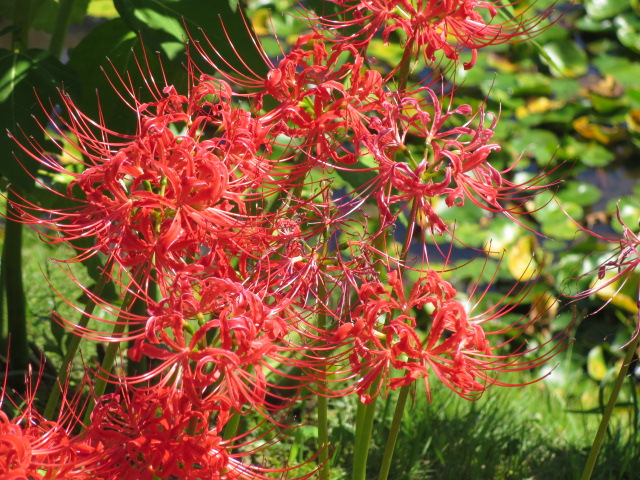 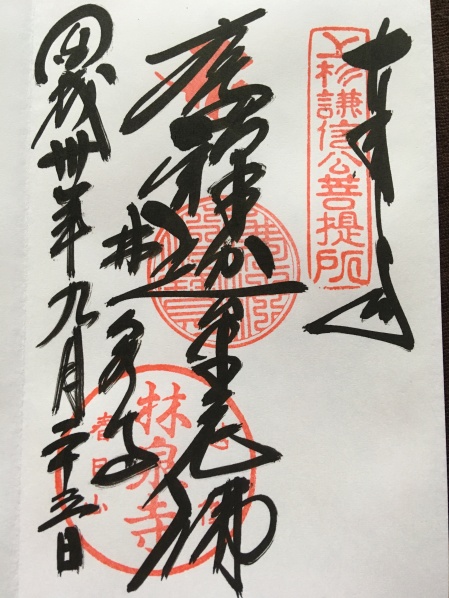