One day, I was browsing Facebook when an event popped up that a couple of my friends were interested in: the chance to be dressed up as a samurai for a couple of hours and have pictures/videos taken of you! Can’t pass that up! It just so happened to coincide with Hunter’s second trip to visit me too, so I signed us both up!

The place is called 剣遊 (Kenyu) and is located in Matsumoto City, very close to Matsumoto Castle. It took us a little bit to find it, but it’s in the same room as Hanakomichi, a shop that rents out kimono. They don’t have much of an online presence; here is a link to their Facebook page.

The first thing we did was get dressed in samurai clothing! This consisted of a thin yukata with an obi sash, then a hakama on top of that — a piece of folded cloth that looked like a skirt but was actually very wide, flowy pants. That was held on by another sash, and our swords were held in-between the layers of the obi. Not gonna lie, felt pretty legit. 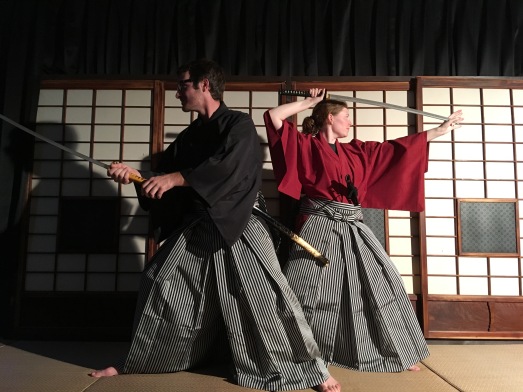 After that, we did some stretches and went through some forms with our swords, then learned a choreographed fight scene! I won’t give too many details on the fight scene in case anybody reading this wants to do this experience, but I will say it was ridiculously fun, and the instructors filmed it on my phone so I can do whatever I want with it.

The last thing we did was a photoshoot! Using my phone again, they took all kinds of cool pictures of us posing! 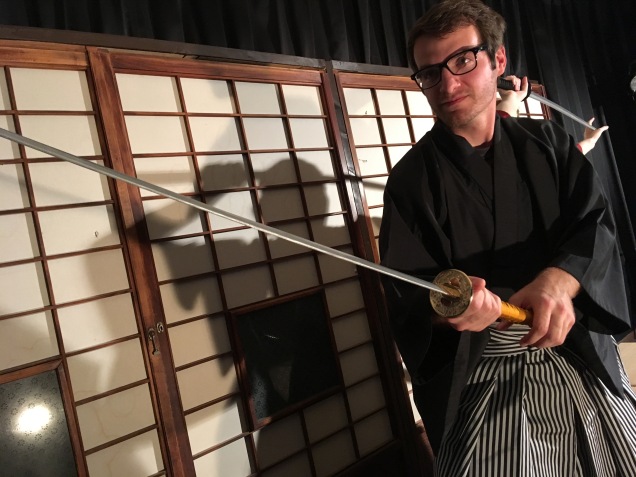 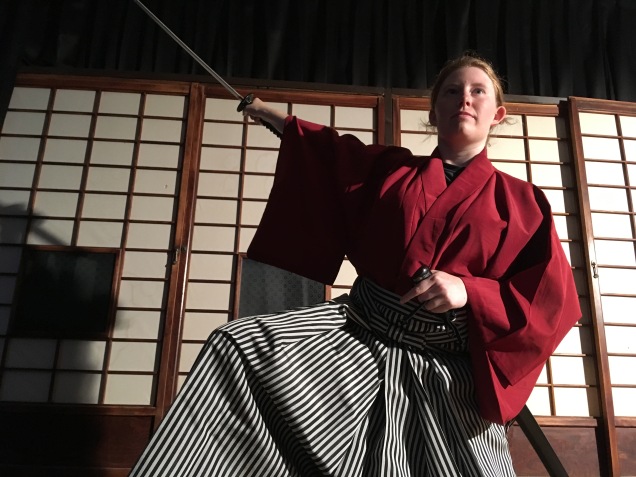 Overall, I would highly recommend this experience to anyone even semi-interested in doing it. The instructors spoke some English and were VERY friendly; it was clear that they were doing their best to practice their English skills. It was basically two hours of non-stop fun, and we got video proof of why we aren’t actors and tons of photos of us dressed up. 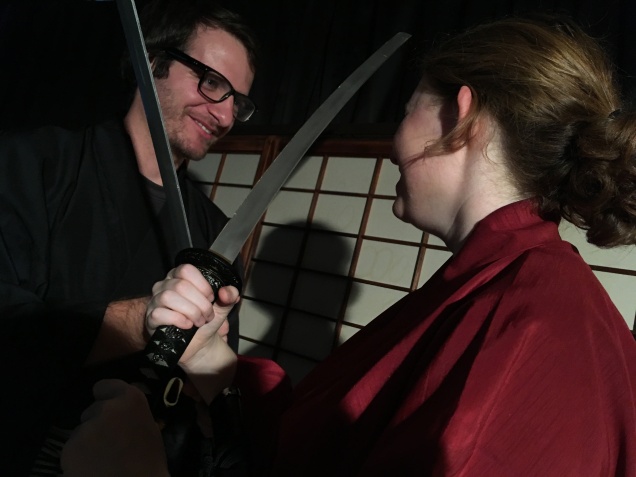