Goshuin number 32 is from 住吉大社 (Sumiyoshi Taisha). Located in Osaka, this shrine was originally built in the 3rd century! That was before Japan had a lot of contact with the mainland (also before Buddhism was introduced), so the architecture is considered to be an example of a purely Japanese style.

I think the main things I noticed was how straight the roofs are (in many, they are slightly curved) and the things that point up on the roofs (I looked it up, apparently they’re called ‘forked finials’ but this means nothing to me…). Each building was also surrounded by a high, red fence which I’ve never seen before.

Before you get to the shrines, you get to walk over this beautiful bridge! 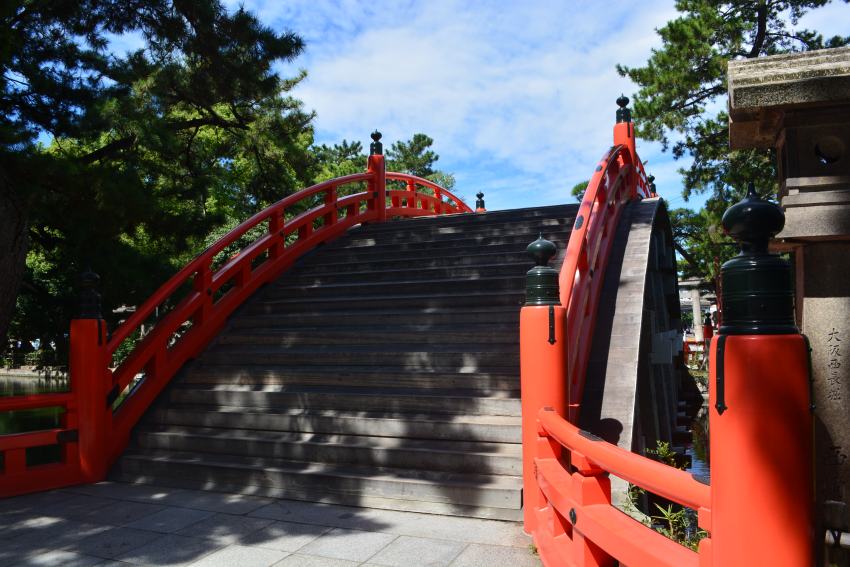