Last weekend, I went to Shinano Fest, a new festival that takes place on Kurohime by the Fairy Tale Museum. It is hands down my favorite festival so far! There was live music (including some played by the band from my school; they played Beauty and the Beast, Les Mis, and Pirates of the Caribbean), CORN, slack lines, t-shirts, and general fun times. The weather was amazing that day, and the location offered a fantastic view of Kurohime, the surrounding mountains, and the blank swaths of land on them, foretelling what this place will become during winter – ski heaven.

I ended up buying coffee, a t-shirt, and a small blueberry something that was delicious and cheap; I was expecting it to be at least 500 yen, but it was only 200 😉 I also tried slacklining (emphasis on tried – fun, but couldn’t even get one step haha), took pictures, and just sat and listened to the music. I could’ve spent all day there, but I had plans for later that day. I know what I’m doing next year! 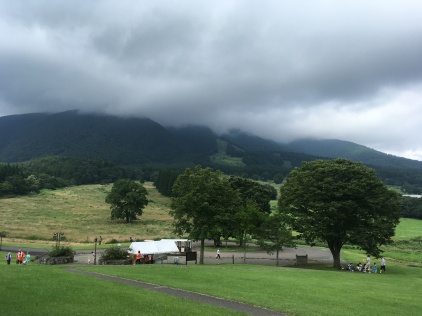 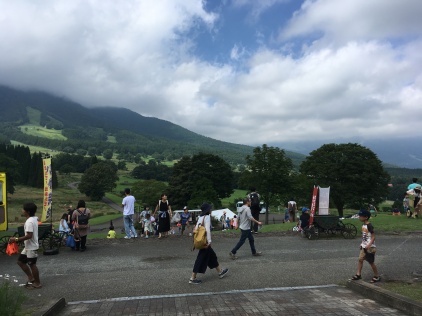